I’m the study co-ordinator and statistician for the National Study of HIV in Pregnancy and Childhood (NSHPC).

As today is World AIDS Day, I'm delighted to report that the rate of mother-to-child transmission (MTCT) of HIV in the UK and Ireland continues to decline. 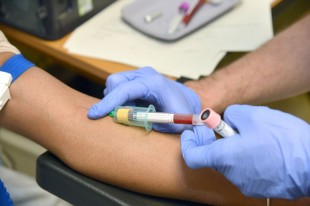 Between 2012 and 2014 there were just 7 mother-to-child transmissions among nearly 3,300 babies born to diagnosed women living with HIV, corresponding to an MTCT rate of 0.27%. Antiretroviral therapy is the combination of several medicines used to slow the rate at which HIV makes copies of itself in the body.

The benefits of this therapy meant that levels of the virus in the blood were undetectable for nearly 90% of HIV-positive women by the time of their deliveries. For these women the MTCT rate was even lower, at 0.14%.

In the UK and Ireland most pregnant women living with HIV are now already diagnosed by the time of conception. The proportion of affected women who are on antiretroviral therapy at conception is currently 60%.

With the success of antenatal screening programmes, more women are diagnosed and on antiretroviral therapy earlier in pregnancy. This has opened the door to the option of normal pregnancy management and delivery for women living with HIV.

The NSHPC is an ongoing surveillance scheme that relies on regular reporting from our study respondents, the HIV teams - consultants, specialist nurses, screening coordinators and paediatricians.

With their support we will continue to collect and share comprehensive national data on pregnant women living with HIV and their children in order to evaluate the outcomes of screening, inform policy and monitor the use, effectiveness and safety of antiretroviral drugs in pregnancy. We are making reporting easier by developing web-based secure forms. As a result, notification reports are already coming in more quickly than ever.

The NSHPC results highlight the successes of HIV management in pregnancy in the UK and its impact on the health of mothers and children. We aim to learn from the HIV-care model to address other infections in pregnancy such as syphilis and hepatitis B.

PHE and the NHS Infectious Diseases in Pregnancy Screening (IDPS) Programme continue to support the work of the NSHPC team.

The IDPS programme commissioned the NSHPC to carry out an audit on the circumstances and timing of perinatal (the period immediately before and after birth) HIV infection in children born in the United Kingdom between 2006 and 2013 to further inform the work of the antenatal HIV screening programme. This report will be available shortly.