The 17 KPIs are used to measure how the 8 non-cancer NHS screening programmes are performing and aim to give a high level overview of programme quality.

The annual data file only includes providers where there was a valid submission in each quarter of the year. 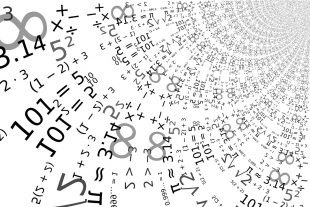 The biggest improvement was in ID2, the small number KPI for timely assessment of women with hepatitis B. This increased from 68.4% to 73.4%, above the acceptable threshold of 70.0%.

Coverage for sickle cell and thalassaemia screening (ST1) rose above the achievable threshold (99.0%) for the first time at 99.1%.

The national performance was above the achievable thresholds for 3 of the antenatal KPIs.

The greatest improvement in the 7 KPIs for the newborn screening programmes was in the 2 newborn hearing measures. NH2 (small number KPI for timely assessment for referrals) increased from 86.2% to 87.2%, although this is still below the acceptable threshold of 90.0%.

We don’t currently recommend using the newborn and infant physical examination KPIs (NP1 and NP2) as performance measures. However, completeness of both these KPIs more than doubled compared with 2014 to 2015.

The 4 adult KPIs also saw improvements in 2015 to 2016. For diabetic eye screening, DE1 (uptake of routine digital screening event) and DE2 (results issued within 3 weeks) remained consistently above their achievable thresholds, with performance at 83.0% and 96.5% respectively.

Performance of the small number KPI for timely assessment for R3A screen positive (DE3) increased from 76.7% the previous year to 79.8% in 2015 to 2016. This remains just below the acceptable threshold of 80.0%.

1 We do not currently recommend using NP1 or NP2 as performance measures because of concerns about data quality.

2 NB4 was introduced in 2015 to 2016 and replaced NB3. During the first year of this KPI we collected the data but did not publish it.

The full dataset shows the completeness of data by provider, region and sub region

Please send any queries, suggestions or feedback about the KPIs to the PHE Screening Helpdesk.