A new national IT system to support the NHS Newborn Hearing Screening Programme (NHSP) will go live on 1 December 2016. 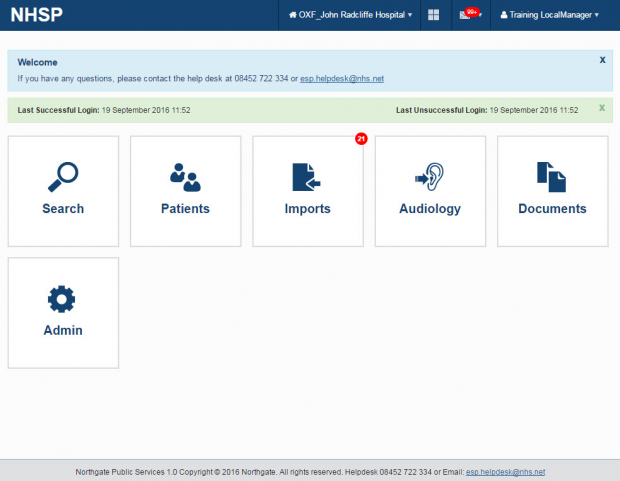 We have worked with Northgate Public Services to develop S4H, which is easier to support and develop than its predecessor (eSP).

Every local NHSP screening and diagnostic audiology service uses the national IT system to track babies through the screening pathway, from birth to confirmation and management of a hearing impairment.

We first introduced eSP in 2003 and have taken care to ensure the ‘look and feel’ of S4H is similar, while being more modern and intuitive.

The national team will give local providers regular updates to ensure:

We will be holding regional workshops this month for local NHSP staff. At these workshops we will demonstrate the key differences of the new system and the training resources available to support screening and audiology teams.

We would like to thank all the members of the NHSP user group who have helped test the new system over the last 18 months and helped develop the training and implementation resources.

It has been fascinating to be involved in the development of S4H. I was originally involved in the meetings to determine who was awarded the contract to develop the successor to eSP, which feels like a very long time ago now.  Since early 2015, I have been helping with the user acceptance testing of S4H.  This has involved having access to the evolving and developing system and working through various hearing screening scenarios, from simple tasks like finding a baby’s record to much more complex things like checking protocol calculations. Initially we found quite a lot of bugs, but the development team worked hard to correct these and they became fewer and more minor as the testing sessions went on.

I am really excited now that we have the go-live date for S4H and am looking forward to being able to share it with all my screeners and peers.  It has a very much more modern look and feel than eSP and is also much easier to navigate around, especially things like moving between individual baby records and search results.  Although it looks very different, the underlying process in the system is still the same and I'm sure everyone will quickly get to grips with the new functionality.  Roll on 1 December.

We will continue to provide updates on progress with S4H via the PHE Screening blogs. Please encourage your colleagues to sign up to receive them.